Thunderstruck is AC/DC the way you remember it. Recreating the “Thunder From Down Under” throughout the Southwest, Midwest, Southern and Northeastern United States …Thunderstruck is constantly adding new cities and aims to please every crowd, playing the songs you know and love from all eras of AC/DC. Dave Moody screeches out the ball breaking vocals of Bon Scott and Brian Johnson, covering all the hits and deep cuts from 1975’s “High Voltage,” to 2014’s “Rock or Bust.” Corey Baetz brings the sound and image of Angus Young to the stage, complete with a school boy uniform and Gibson SG. The rhythm section of the band is comprised of drummer Jerry Lawson, bassist Chris Jones, and rhythm guitarist Kevin Feller, who keeps the music rocking and solid with smooth precision. Striving to stay true to the AC/DC way, Thunderstruck obsesses over the tones and structures of each song’s studio and live versions, also using all the gear necessary to bring the power and entertainment of a genuine AC/DC show. Thunderstruck can bring the High Voltage Rock n’ Roll to any theater, ballroom, festival or special event.

Bad Authority. Recapturing the true spirit of rock and roll with loud guitars, wailing vocals, and relentless energy. Influenced by artists such as KISS, Led Zeppelin, Ted Nugent, Dokken, Def Leppard, and many more, Bad Authority delivers a rip-roaring, explosive rock and roll show to be enjoyed by listeners of all ages. 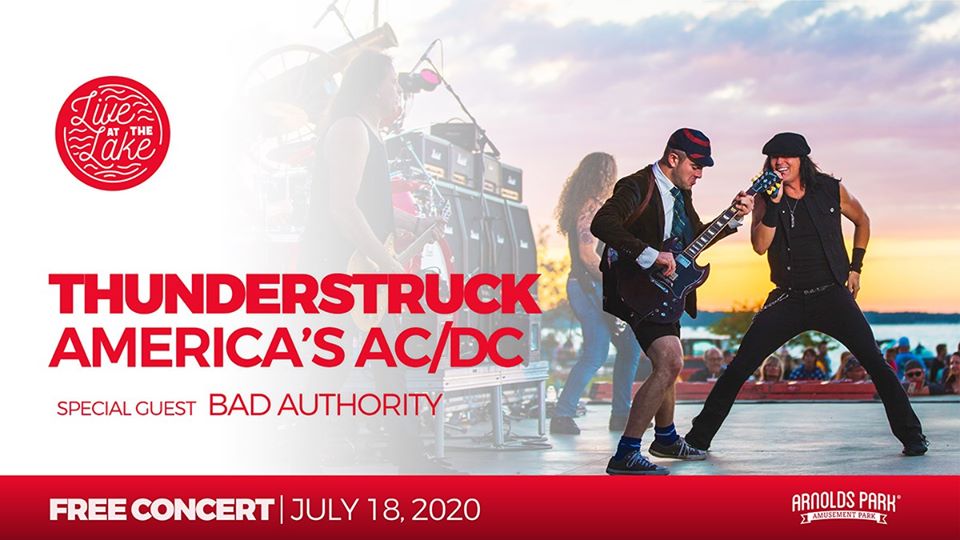